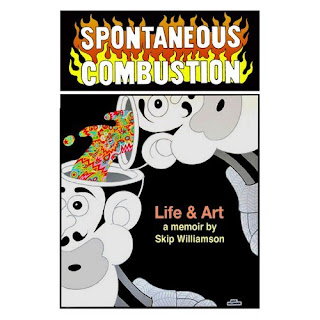 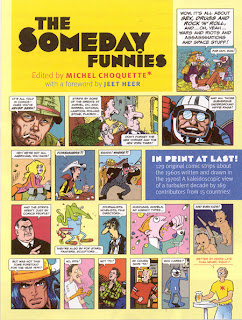 The Someday Funnies, the until-now unpublished anthology of 1970's comics edited by Michel Choquette is still on track, and cartoonist Bado has some preview pages to prove it, including work by Sergio Aragonés, Don Martin, and Gahan Wilson. See also this earlier preview, with pages by Jack Kirby, Harvey Kurtzman, and Bill Griffith. This is a project I've been wanting to see ever since Bob Levin revealed its history in the pages of The Comics Journal #299. 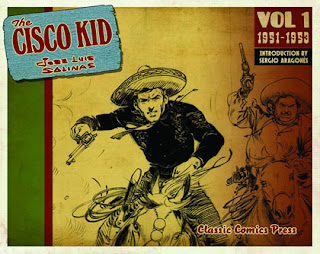 The Cisco Kid - The Complete Dailies will be published by Charles Pelto's Classic Comic Press (the same publisher of other fine strips such as Mary Perkins On Stage, The Heart of Juliet Jones, and Big Ben Bolt), featuring writing by Rod Reed and the wonderful artwork of José Luis Salinas. Pelto has done a good work of establishing a marketplace niche for these continuity-driven strips that may not rank as high as the work of masters like Caniff, Herriman, or Foster, but which still are well worth preserving and reading.

Volume 1 includes an introduction from Sergio Aragones, a piece by Dennis Wilcutt, and a brief overview of the Cisco Kid in various formats - tv, movies, etc. I'm also reprinting O Henry's The Caballero's Way (the orginal appearance of Cisco from O Henry's Heart of the West).

Then each volume will cover a different aspect of the Cisco legacy - Volume 2 will cover the movies, Volume 3 - the Radio Shows, etc. At one point we'll cover the Dell Comics and I promise to reprint all those covers in glorious color!!!!

Posted by Rodrigo Baeza at 7:19 AM