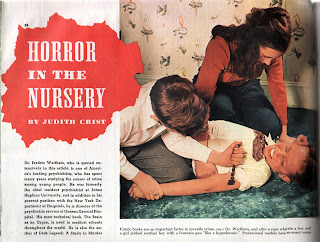 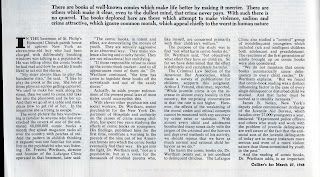 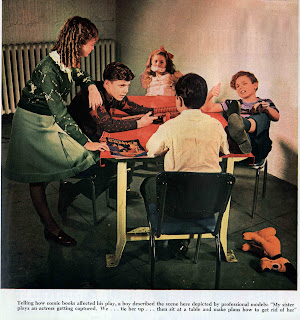 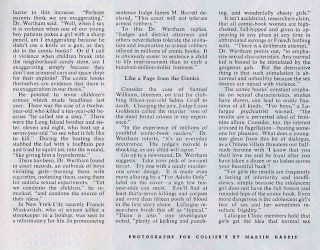 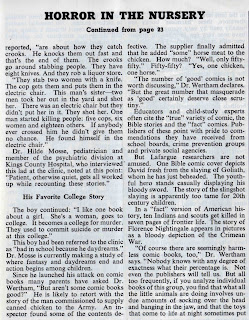 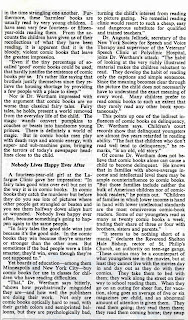 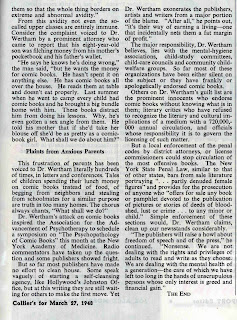 Posted by Rodrigo Baeza at 2:12 PM

Thank you for posting this!

But I still have to disagree on the idea that Wertham was anything more than a crackpot when it came to comics "research."

I've yet to see the results of his research presented in any scientific journal.

Having read the article it's easy to see where Wertham begam to make the egregious leaps in his thinking in Seduction of the innocent.

This article/image for Wertham's book is great. We are producing a feature length documentary on Stan Lee and would like to look at including this. Do you have a high res. copy?
Please contact me at: producers@truebelieverthemovie.com

Thanks!! I look forward to hearing from you.