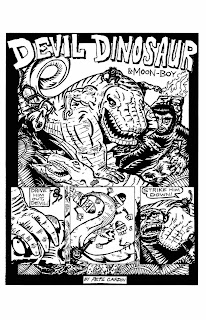 The original comic may be difficult to find these days, but it has (recently?) been scanned and made available among all the scans of new comics that appear each week. The download link is here, so if you haven't seen the book before now there's a chance to enjoy it in its entirety.
Posted by Rodrigo Baeza at 2:55 PM